Yesterday I had a conversation with a seven year old student to gain her views about all things school and life related. This started with asking simple questions such as what did she like? One of the strange answers she gave was soy sauce. Normally I get pizza, chocolate or gym class, but that was not the strangest answer I got. We carried on with dislikes, then what things she wanted to do when she was older. The next question I asked her was what does she find hard in school? She considered it for a minute and said “Rock”, however when I approached this question again the answer was “Rock” again. Being a special education teacher, this is a really useful answer as it gives me routes and avenues that I can explore to understand how to support her better. I now might have to think about how I word that question in the future.

In the various education settings I have worked in, the use of student voice has been a developing feature of school wide development for about the last thirty years. I know that I was thought to be quite radical, groundbreaking but quirky when I invited children to portions of meetings about them in the early 90’s but what they communicated or did not say was really useful. I have over my career, looked for individual, group and whole school student feedback on lots of areas of learning, wellbeing, facilities, school lunches and the list goes on. I have always found the answers given were enlightening, in ways you do not quite expect sometimes.

The CASEL school wide initiative strongly promotes the use of student voice as a vehicle to measure the climate in schools. Who better to tell us what it feels like to be in school than the students who show up everyday and use the service that we are offering. There has been reluctance in the past to listen to the students as we still have an education system that is based on the adults knowing best, as the adults decide what to learn, when it is going to happen and how to do it. The idea of asking students for their opinions is at odds with the whole premise of the system so you can see why some educators find this difficult.

The CASEL school wide initiative strongly promotes the use of student voice as a vehicle to measure the climate in schools.

Some schools use the idea of a student council to give students a voice in developing the school, which is positive. For a student to be elected to the student council they have to go through the process of elections but also it’s only one voice representing many so it’s not ideal for valuing all students' voices. When asking for feedback, yes, you may get some silly, out there answers but you will get a general feeling of how the majority of students view their school. This feedback, these answers can be very powerful and school leaders have to be open to the fact that what they think is happening in their school, might not be the reality for the students.

Asking students for their feedback and then making changes to what is happening in school is also extremely powerful for the individual, they can see that they are a valuable member of the community that listens, perhaps for a teenager who may be going through the “nobody is listening to me” phase this gently helps to change that mindset. A student voicing their opinion and telling people how it feels for them, also supports the development of positive mental health.

Having spent my career asking for student feedback, I know it can be difficult to engage the students in the process. Using the online feedback tool, Pulse, I set up a simple wellbeing survey as a school wide assignment. I was actually pleased with the response. My most successful surveys with the highest levels of responses have been when the surveys are quick, easy and simple to do. 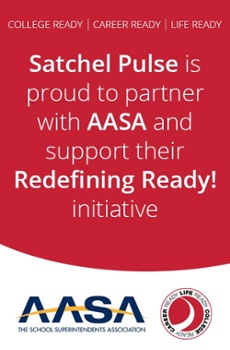 Integrating SEL into MTSS to Support The Whole Child

Supporting Your Children During Lockdown

What is Social and Emotional Learning (SEL)? Why is it impor...